My father’s birthday is tomorrow, and he was my first inspiration for consistent exercise.   He used to box in his college years and kept part of his training routine into his early seventies.

This routine was done in the basement in front of the wood burning stove.  He would put his t-shirt and shorts on followed by your basic gray sweat pants and gray hooded sweatshirt.   Then he would add another layer that consisted of plastic gray pants and matching plastic gray top.  We called it the “space suit”.  This helped keep his body temperature in and burn extra calories.   He finished off the ensemble with a thick heavy weight belt that went around his waist.   He would turn on the television and jog in place, knees high up to his waist.  Between the layers and the high temperature of the room from the fire he was soaked when he was finished.

My father never referred to it as exercise.  He never said, I’m going to work out.  Never complained about it.  It was just something he did after dinner and something that was part of our growing up.   “Daddy’s in the basement jogging”.  It was as rote as our address or phone number.   I never thought about it as he was trying to stay in shape or lose weight, etc.  But when I decided to make another effort to lose weight, I thought I would try jogging.

I suited up like my father except for the “space suit” and weight belt.  I did it after school before my father was home to build a fire so it wasn’t as hot.  Our basement had four rooms that were all connected by doors.  I opened all the doors so I could jog in a circle rather than in place.   I didn’t think my knees would go that high if I jogged in place and that seemed like agony.   The circle wasn’t perfect, there was a small bathroom in between rooms and the doors weren’t lined up.  I had to do a little side stepping to keep going but I was able to continue my trek without stopping.   I cranked up the record player and off I went.

This was perfect for me!  I loved music and I could jog to the beat and lose my thoughts into dreaming about how I would look thin, confident, and successful.  The best part was no one could see me!  It wasn’t pretty with all my mixed matched layers and huffing and puffing but it was successful.  Nothing would stop me from my routine, even if I was out and didn’t get home until 9 o’clock at night, I was determined.

I exercise at a gym now without caring if people see me. If they see me it’s because I am alive and determined.   I wear a crumpled baseball cap, wrinkled tee shirt, sometimes a random bleach stain on my yoga pants, and sometimes my socks don’t match.  It’s still not pretty but I still dream – new dreams.

I remember being in our dimly lit kitchen at night.  I don’t recall my age, but I remember looking up at my father and seeing him bringing his arms up in the air.  I mimicked this action with my own version of “jumping jacks”.   I thought this was fun exercising with my father.

When I was well into my adulthood my mother was talking about my father saying his prayers.  My mother is protestant and my father is Greek Orthodox.   She said that he was very elaborate with his praying ritual.  He used to be a little embarrassed so he would go into the kitchen at night to pray in private.  When she told us this story I was immediately brought back to my memory.  It turns out my father wasn’t exercising, he was praying and lifting his arms up to God.   I can only image how difficult it was to keep his composure with a toddler flaring about below.

Whether you are praying or exercising, include your children.  They will know it as being fun! 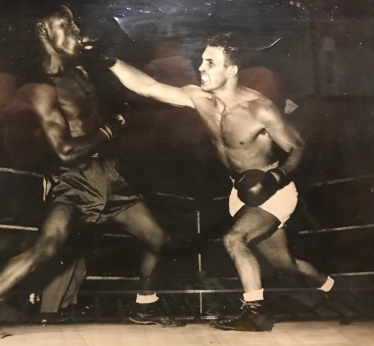 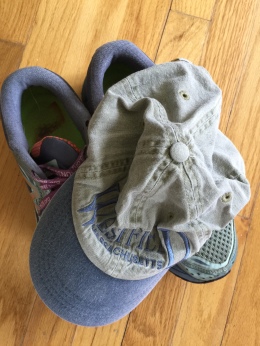 I have been focused on my weight from as long as I can remember, well into early childhood and it remains forefront on my mind. I am not a physician, nutritionist, psychologist nor dietician. I am someone with a food addiction who has successfully lost weight and has kept it off for most of my life. It has been my purpose to help others, even if that means just one person. View all posts by Diana McLean